You Pay Nothing Unless We Win.

How Much Is My Case Worth?

We Can Start Your
Case Immediately!

WE TREAT EVERY CASE AS IF IT IS OUR MOST IMPORTANT CASE.

We Proudly Serve Tort Victims Injured Across The State of Texas

You may be eligible for compensation for your injuries and losses if you or a loved one was the victim of an intentional tort, such as assault, battery, or abuse. To discuss your legal choices, contact Texas Personal Injury Lawyers for free and without obligation case evaluation. Our team of skilled assault lawyers can assist you in determining the best course of action for obtaining compensation for your injuries and punishing your abuser.

Please, if you are presently in an abusive relationship or are experiencing abuse in your environment, we strongly advise you to do everything possible to leave the situation as quickly as feasible and notify the authorities so that they may investigate. 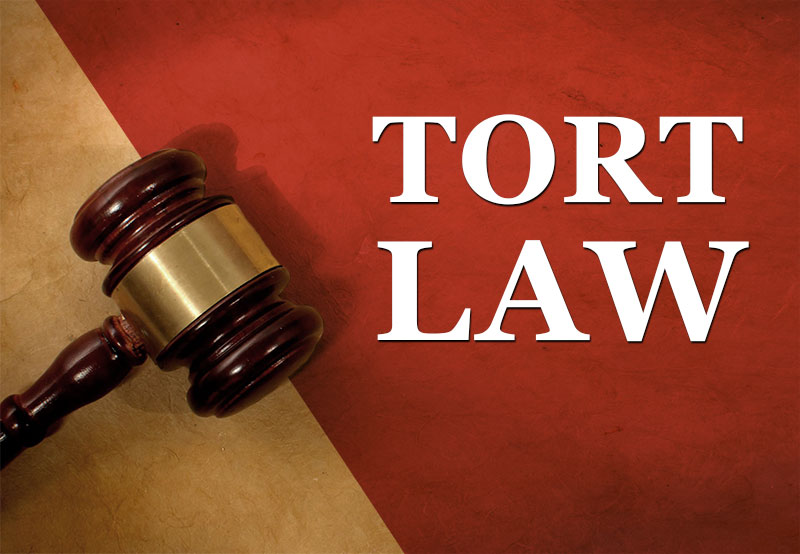 A threatening act by the antagonist (the individual who assaults the victim) poses a risk of immediate harmful or offensive contact for the victim.

If the opponent’s actions do, in fact, result in actual harmful or insulting contact with the victim.

The act of intentionally or wantonly causing emotional suffering to a person is known as egregious or outrageous conduct that purposefully or carelessly causes emotional distress. Extreme or outrageous behavior is generally regarded as going beyond all acceptable norms. The definition isn’t completely clear, and it’s determined on a case-by-case basis.

Domestic violence is defined as any action taken by the opponent, who is in a relationship with the victim, to dominate, intimidate or control the victim against his or her will.

An action in which the antagonist exercises authority and control over the victim’s property without his/her consent. The antagonist is responsible for conversion even if the property is returned to the victim.

Intentional untruthfulness, misstatements, deceptions, or frauds that result in the victim’s injuries.

A personal injury claim occurs when someone is hurt as a result of another person’s negligence, even if the negligent actor did not intend to cause harm.

In a criminal case, the state would present its evidence against the opponent. The antagonist could be fined, required to serve community service, or even face imprisonment for their behavior as a result of this proceeding.

To demonstrate that the defendant has committed an intentional tort, you must first establish these premises of your claim:

To demonstrate that the defendant has committed a negligent act, you must first show that he or she has violated some legal requirements.

What Is A Negligent Tort?

Consider negligent torts in the context of all non-intentional tort personal injury claims. A negligent act is essentially an accident. The defendant’s actions caused you harm, but they did not preplan this damage or intend for it to occur.

The one significant distinction between intentional torts and negligent torts is that deliberate torts are designed to cause damage, while negligence isn’t. If you have any queries regarding the difference, get in touch with an assault lawyer.

Who Is Liable For An Intentional Tort?

In general, the individual who caused the harmful act is held responsible for his or her actions and any damages incurred as a result of them.

Example: During the employee’s shift hours, a nursing home staff member regularly assaults an elderly resident. The assault causes the resident to have physical harm as well as emotional trauma. Because the resident obtained these injuries while under the care of the nursing home, it may be held liable for any damages caused to their elderly patient.

Example: A passenger has a heated argument with a public train conductor. The conductor becomes enraged and smashes the passenger’s nose, which causes an injury. As a public employee, the conductor is a representative of the city. As a result, the city may be held responsible for the passenger’s medical expenses and other losses.

What Is The Difference Between Assault & Battery

The distinction between assault and battery is that assault and battery are two distinct types of intentional tort claims. The intention of the adversary in either situation does not have to be to harm the victim; rather, it must be to execute the action that later causes harm. If the antagonist makes an idle threat to a third party, but the victim gets word of it and rationally believes it is genuine, then the antagonist may be convicted of assault. If the adversary touches the victim without force, but the victim rationally believes it to be in violation of accepted norms or harmful, he or she may be charged with battery.

Assault does not necessarily imply that the adversary makes physical contact with the victim. Any intentional attempt or promise of future harm to the victim that causes the victim to reasonably fear for their safety is considered assault.

The antagonist has made physical contact with the victim. The touch must be uncomfortable or unpleasant in some manner. The victim must not have agreed to the contact.

Self-Defense As A Defense To An Intentional Tort

If you perceive another person’s actions as posing a risk to your or someone else’s well-being, there are certain circumstances in which self-defense may be used to minimize the problem.

To establish self-defense, all other options for mitigation must have been exhausted.

For example: Because of a property dispute, your neighbor has been increasingly aggressive with you for the last few weeks. You’ve requested him to stop contacting you and threatened to contact the cops if he doesn’t disengage or find another way to resolve the problem. Finally, your neighbor makes a verbal threat against you, coming into your personal space to shout in your face. You believe this danger is genuine, therefore you hit your neighbor in the face. There are many situations where one or both of you has been drinking, and you get into an altercation that necessitates the need for police intervention to bring it to a close. You claim self-defense. Because you saw the danger as genuine, you threw the punch.

This is not a genuine self-defense argument. You had another option to handle the problem. You could have phoned the cops and reported the assault (threat). Rather, you decided to commit battery. In a court of law, your self-defense claim would most likely fail.

Mitigating injuries is one of the most essential initial actions that a victim may take in an intentional tort. No matter how severe your injuries appear to be, you should see a doctor as soon as possible after the occurrence. Follow the doctor’s instructions. You should do everything you can to prevent your injuries from getting worse.

It’s critical to try to document evidence that you’ve recovered from your injuries since the event. Using:

You should begin keeping a diary of your injuries as soon as the accident happens and until they have healed fully.

If you think you may be able to file a claim for assault and battery, there are a few things you should do before doing so.

To begin, assess whether your adversary will face a legal charge. If that’s the case, contact the prosecuting attorney to share information.

Before you hire an assault lawyer, make sure you have enough evidence for your intentional tort claim.

Medical records and invoices, reports of the event, photographs of the scene and injuries, and personal testimonies of the incident are all common evidence in these sorts of cases. To see the complete list of potential evidence, follow our instructions to gather evidence.

Your attorney can assist you in determining the value of your injuries. It is not unusual for a victim of an intentional tort to request both compensatory and punitive damages from the offender in such a case.

Because of the statute of limitations, you should not wait to file a civil assault and battery claim. You should contact an assault lawyer right away so that you can get started on your case as soon as possible.

If you or someone you know has been harmed or injured as a result of any of the aforementioned types of intentional torts, or any other intentional acts that have caused damage, you should contact an assault lawyer right now.

An assault lawyer from our personal injury attorney team can assist you in receiving compensation for your injuries. Not only that, but we will fight to guarantee that the defendant is held responsible and penalized for their behavior so that similar incidents do not happen again.

If you’re representing a loved one who has died as a result of an intentional tort, you may need to contact a wrongful death lawyer with expertise in these types of claims.

For all intentional tort claim situations, our firm works on a contingency fee basis, so we don’t charge them anything until they have received the entire compensation for their injuries. Texas Personal Injury Lawyers is here to help you get adequate compensation so you can concentrate on getting your life back to normal.

We take cases on a contingency fee basis and there are no costs unless we win, and the consultation is completely FREE. Contact us to learn what Texas Personal Injury Lawyers can accomplish for you.